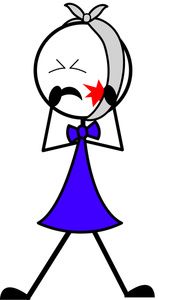 Superheroes can be difficult to film. The colorful costumes that make for striking images in comic books can look absurd when translated into live action. Consider, for example, the silly costume of Adam West from the Batman television show. However, there have still been a number of very successful superhero films. In this article, I will discuss ten of the greatest superhero movies ever made. The films are in alphabetical order. When a film is a part of a franchise, I will only discuss the best member of that franchise.

Batman (1989): While flawed, the first of the Batman series of films is still a classic. Between Tim Burton’s Art Deco design and Jack Nicholson’s creepy performance as the Joker, the highly-successful Batman film brought out the bizarreness of Batman’s insane rogue gallery.

Blade (1998): On top of being a great comic book film, Blade is one of the classic vampire films. It combines the “cool” vampires with tremendous action. Wesley Snipes does a fantastic job of portraying a vampire “hero,” who is a couple of cards short of a full deck.

The Dark Knight (2008): The Dark Knight is perhaps the greatest comic book movie ever made. It is dark, tension-filled and action packed. It is made a true classic by the brilliant performance of the recently deceased Heath Ledger, who gives us a far less manic version than the Jack Nicholson version of the Joker.

Dick Tracy (1990): Dick Tracy was not a commercial success, but it was nonetheless one of the most interesting comic book movies ever made. It made the wise decision to be faithful to the appearance of the original comic book characters, and somehow did so without becoming cheesy.

The Incredibles (2004): While not strictly-speaking a comic book movie (there was no Incredibles comic book), the movie was a parody of other comic book movies. It brings out some of the innocence of the Silver Age of comics, while providing a high-quality family movie at the same time.

Iron Man (2008): In 2008, Marvel finally licenced an Iron Man film, and the film was made incredibly entertaining by Robert Downey Jr.’s inspired performance as the amoral Tony Stark. It brought out all the elements that made the Iron Man comics so entertaining, from the ambiguous lead character to the fascination with (impossible) gadgets.

Spider-Man (2002): There were three Spider-Man films, but the original remains the best. It did a very good job of making an exciting “super hero movie” with all the usual notes: there is an origin story, the hero’s largest villain and main love interest. The film blended some elements of Brian Michael Bendis’ “Ultimate Spider-Man” comic books to keep it fresh.

Superman (1978): This was the first superhero movie to try to follow in the steps of Star Wars and become a blockbuster. The film is wonderful, largely because of the performance of Christopher Reeve, who manages to strike the right balance between Superman and Clark Kent.

The Watchmen (2009): The Watchmen comic was largely considered to be unfilmable, but Zack Snyder proved everyone wrong. He managed to capture the feeling of the comic book, largely by actually using the Watchmen comic for story boarding. The movie is incredibly acrophobia-inducing as a result, so be warned.

X2: X-Men United (2003): The entire trilogy of X-Men films is very well done, but the second film really stands out. In this film, we see the X-Men at the center of a battle between those who hate mutants and those who want them to rule the planet. It introduces a number of components of the X-Men mythos, such as Weapon X and the death of an important character.