How to Draw Manga People 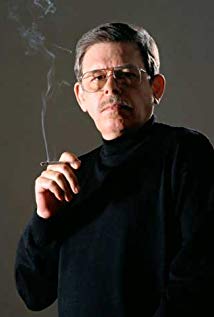 What’s the difference between a head and a face? Plenty. When thinking about a how to draw manga faces, most people picture a flat surface seen from the front. Others might picture it turned to a 3/4 view. But no matter which angle it’s drawn, most people envision the face as the “flat” part of the head. And this is exactly where the problem lies.

A human head is round and therefore, the face is ROUND as well. But as long as we “think” of the face as flat, we’ll continue to draw it flat. And a flat face also flattens out the liveliness of a character.

Here’s what you can do to improve how you draw manga faces:

Draw the features on and along the rounded guidelines. In the popular 3/4 view (which shows perspective), the shape of the features will stretch just slightly, as they appear to wrap around the face.

Only in the front view will the Center Line be drawn as a straight line.

Remember that the Eye Line needs to be curved to reflect its horizontal orbit around the head.

Okay, here’s the recap: A slightly rounded face adds emphasis to the curves of the eyes, eyebrows, bridge of the nose, and stretched lips. A slightly curved face will add life to your characters and make you a better artist.

Was this tutorial on how to draw manga faces helpful?

A complete book on manga anatomy must be written is targeted to beginners, the widest segment of manga fans. It must be packed with dynamic step-by-step demonstrations detailing how to draw correctly proportioned manga faces and bodies, plus lots of tips and tricks of the trade.

READ  Why Anime Stickers Are So Popular

It should also include many examples of the finished cartoon. You want to be able to understand where you are going to end up. The best way to start is through this kind of imitation of professional Manga Cartoons.

In Japan, people of all ages love manga. action-adventure, sports and games, historical drama, comedy, romance, science fiction and fantasy, mystery, horror, just about anything goes. Manga has also attained a tremendous worldwide Europe and the Middle East, U.S. and Canadian. So learn to draw Manga well and you will be amazed at the size of your audience both in the United States and abroad.