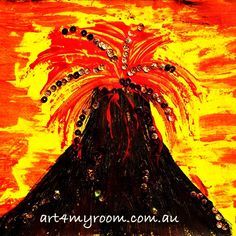 The word Anime is an abbreviation of animation. In English, the dictionary defines it as a style developed in Japan. Since, anime describes all types of animation; Japanimation is applied to differentiate the Japanese work from the rest of the world. In the past few years, anime was recognized as manga in European countries. In Japan manga is considered both comics and animation (though use manga as animation is usually restricted to non- fans).

Anime usually takes influence from light novels, manga and other traditions and culture. Anime can be transmit on TV and is usually distributed through any type of media presentations such as video, DVD and internet. Anime is sometimes considered as Japanimation, but this term is not used now. When it comes to the countries except Japan, this word is referred to the animation that began in Japan.

Anime attract everyone from children to adults and deals with various themes in sports, science fiction, horror and romance. Unlike animation, anime also include few elements of realism like emotions, suffering and death which raises both its pedagogical and content value. Anime popularity is increasing both in terms of range and audience. The children’s craze for the Pokémon movies including Pokémon products like different video games shows its wide appeal. One old argument in anime fandom was watching anime movies being redubbed in English.

Today, with the increase in popularity of CDs, most DVD disks include both subtitled and redub track. The rapidly increasing popularity of anime resulted in a large number of clubs, colleges, public libraries and high schools. Different meetings and convention are taking place in many western countries. Anime is taking great fans and sales than ever observed before.

Walt Disney production of Japanese movie “Spirited Away” which even beat “Titanic” in Japan was a great success in the western world. Director of this anime movie Hayao Miyazaki is being praised by the movie fans, for providing attention to the details of minutes relating crafts and arts in the film. Anime programs and movies in the western countries like Fox TV network and Walt Disney added a $2 billion annual profit in the anime film industry. Few years back, there were only few anime series and TV shows, but now every child is associated with Japanese movies and cartoons and is increasing in popularity among teenagers.

A Japanese anime and toy company, Bandai entertainment said that they released 75 different anime movies and TV shows last year in the US, which shows a great increase in demand of anime films as compared to the movies released during the previous years.

Nowadays, anime is the fastest growing industry in DVD and video marketing. A D Vision was the first company developed in US in 1992, now there are more than 20 similar industries. Anime films or movies are comparatively cheap and low cost budget movies. If you think the overall cost of making movie in today’s high risk industry then anime is affordable and cheap for example Titanic cost $100 million. Animation success in the west countries is gradual. The first turning point was the facility of internet during 1980’s.