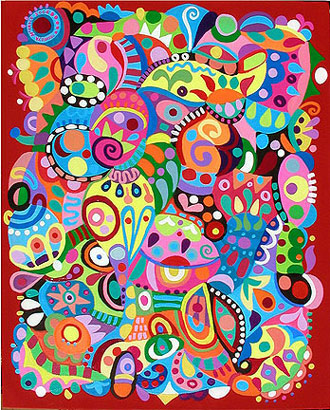 As the world is emerging to be the global village, the different cultures are influencing us. This in turn can be observed as a shift in our preferences and likes as the people in the present era have more options as compared to the people living a few decades ago. Same is the case with the cartoon characters as well. Gone are the days when the children and the adults loved to watch Tom chasing Jerry on the television sets, or Cinderella being chastised by her step mom.

This is the era, where the young and the adult like to watch the manga characters, adorned in their distinctive weapons and clothes fighting and dealing with the various scenarios in life. Manga is the Japanese based art for creating the adorable characters known for their huge eyes, almond shaped face and the small mouth. Though the basic structure for almost all the manga characters is the same it does not make them easy to illustrate and draw. With the popularity of the manga characters, more and more cartoon artists want to learn to draw the manga figures.

One of the basic rules that need to be followed by all those who wish to learn the art of drawing Manga characters is making use of creativity and imagination to produce the characters that have their own signature appeals. The artists will need to observe the work of the other artists to observe the technique involved in their images and understand the physical characters and the personality traits of these characters. Without the understanding of the personalities of each of the characters, it is impossible to give a unique appeal to the Manga characters.

When drawing the hair of the characters, one might be required to use the sharper tools as most of the Manga characters have long hair which can be seen floating and twirling around even when they are fighting. Thus, in order to give the effect of the hair, one will need to master the art of producing synonymous fine lines in a rhythm. Not only this, but the artists will need to be careful when designing the attires and the accessories for their characters as they are the differentiating factors of one Manga character from another.

This is the reason some of the artist make the weapons a signature style of the characters which can include the impressive swords and the intricately designed dragger etc. Some of the Manga characters are also known to have exaggerated physical appearances, which allow giving the characters identification. This particular approach of the Manga figure illustration is known as the Chibi style.