What Is It? Nan Desu Kan! 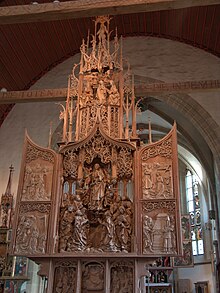 Nan Desu Kan Convention is a Cosplay event sponsored by the Rocky Mountain Anime Association, a registered non-profit organization, which means every dollar they collect goes toward making NDK better every year and ensuring the long-term sustainability of the con.

The history of this movement started in 1997 at the Tivoli Student Union in Denver, Colorado as a small, fan-run convention with just 200 or so attendees. All of them were following a popular Japanise anime movement called Cosplay.

Cosplay is a new subculture. It is centered on dressing as characters from manga, anime, tokusatsu, video games, live action television shows, fantasy movies and other popular events. It is a very popular activity during anime conventions. It consists of dressing up as an anime or video game character to participate in contests or simply for fun!

On September 2010 with a total daily attendance of over 7000 people NDK Convention became the largest convention in Colorado and 14 surrounding states, as well as one of the top ten largest anime conventions in USA.

Popularity of such kind of social gatherings among students grows enormously. 3D animation and the widening field of multimedia is an ideal way of giving an artistic expression to the audience through image to image sequences. Animation is used to make conventional cinema and television movies. Cartoons, movies, video games boost creativity greatly! Something special, not well-known and strange is very attractive for young population.

Every year, NDK invites a number of industry guests from North America and Japan to come to Convention, including voice actors, directors, art directors, and others. The guests put on panels, participate as judges in all contests, and hold autograph sessions throughout the weekend. They’ve even been known to hang out with attendees from time to time.

The Nan Desu Kan atmosphere is very friendly. People often don’t ask each other names. They are accepted by their costumes immediately and play as they are their characters. The characters are all well- known,they don’t need introduction. Some new costumes ideas for couples and teams are welcome. There are sales along the way, which are not cheap at all. The fundraising suppose to make the next Convention even better.

2010 NDK Convention was hosted in DTC Marriott Hotel in Denver, CO with a total weekend attendance of more than 21,000 people. The great sign is that it was not only a costume party fun but a big social event. Everyone was met with a smile and a hug, even if they didn’t wear a Cosplay. Simple Halloween Party Costume was OK, and simple dress up was alright too! The sense of belonging is important.